Interreg Sudoe Programme is part of the European territorial cooperation objective known as Interreg, which is financed by one of the European structural funds: the European Regional Development Fund (ERDF). The current programming period covers from 2014 to 2020. Its two previous programme generations were Sudoe 2000-2006 and Sudoe 2007-2013. 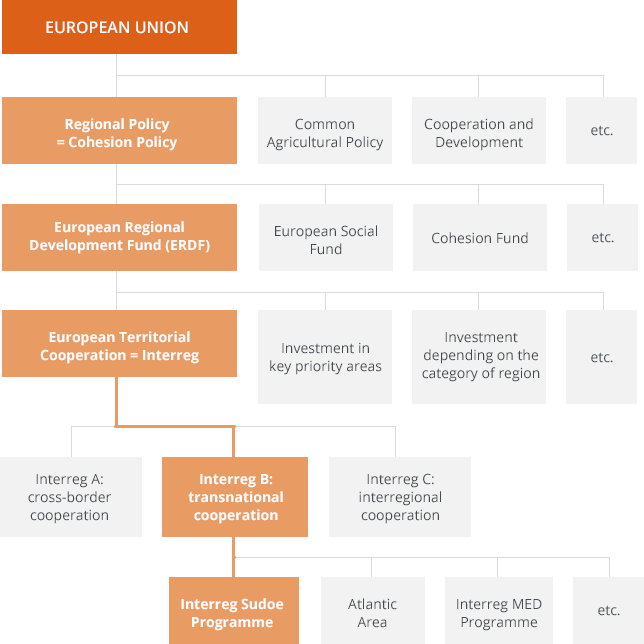 What is Interreg Sudoe?

The Interreg Sudoe Programme supports regional development in Southwestern Europe, financing transnational projects through the ERDF. The Programme promotes transnational cooperation to solve common problems in the covered territory, such as low investment in research and development, weak competitiveness of the small and medium-sized enterprises and exposure to climate change and environmental risks.

The Programme provides a citizens summary in order to give an overview on the latter.

Morevoer, the Programme provides a useful summary addressed to the potential beneficiaries.

The projects approved are based on partnerships of public and/or private partners from the regions covered by the Programme. The eligible regions are all the Spanish Autonomous Communities (except Canary Islands), the Southwestern regions of France (Auvergne, Nouvelle Aquitaine, Occitanie), all continental regions of Portugal, United Kingdom (Gibraltar) and the Principality of Andorra. 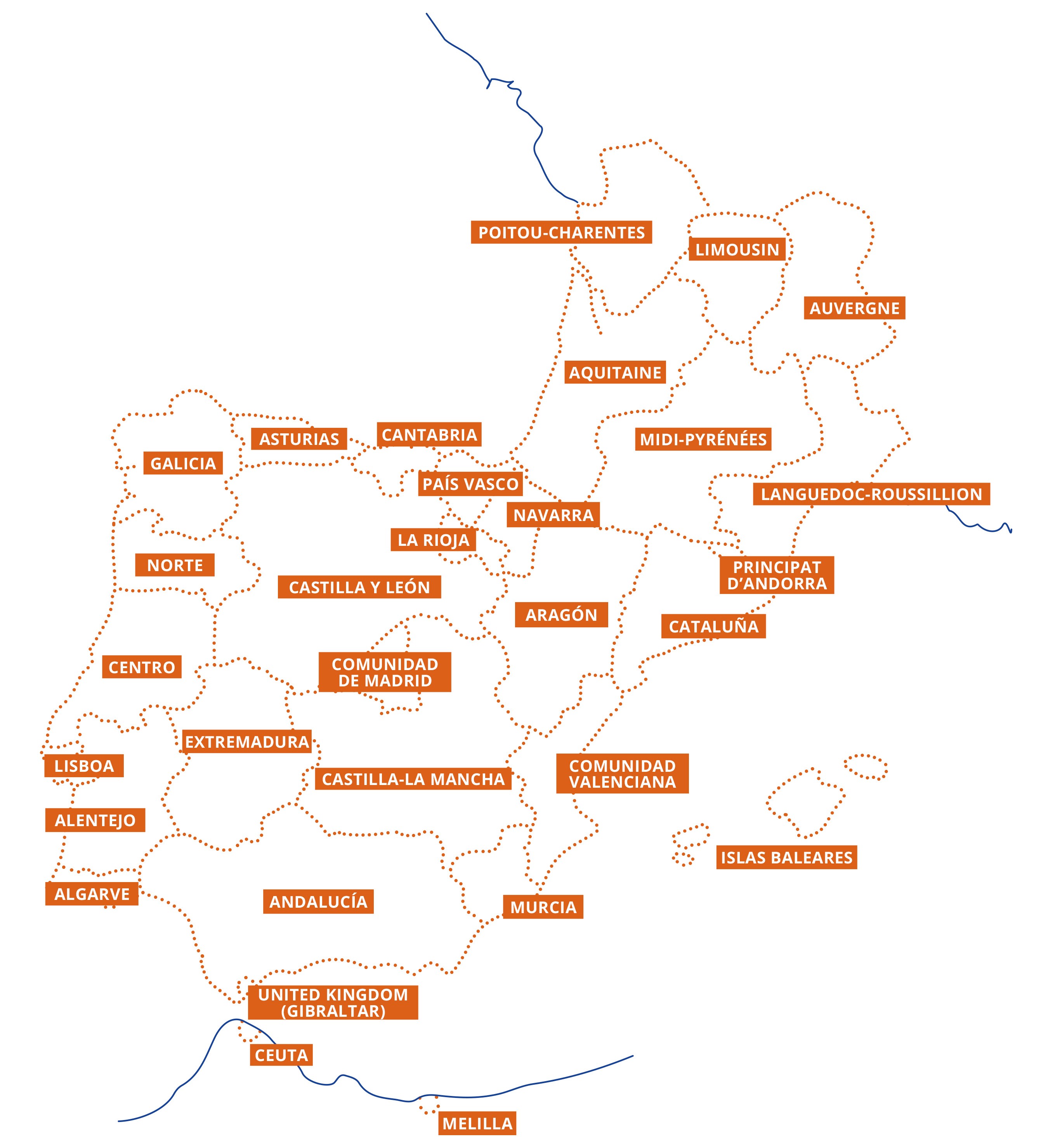 What will the projects deal with?

The projects approved focus on one of the Programme's five priority axis, identified as the areas on which transnational cooperation has strongest impact in the context of Southwester Europe: