The Second Call for Proposals opened for two thematic priorities of the Programme with € 25 million ERDF budget, as it follows: 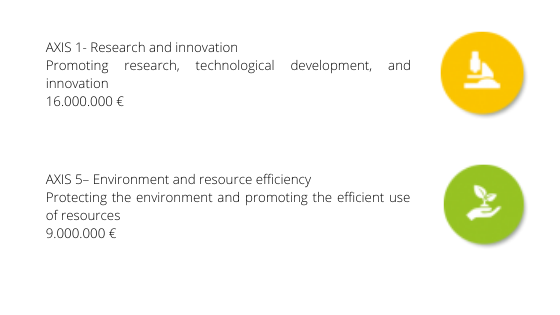 You can consult the official text of the call in French, Portuguese and Spanish.

Step 1 opened from the 13th to 31st March 2017, both included. The applications have been built by the National Authorities and the Joint Secretariat being subject of a first selection by the Steering Committee according to the admissibility and selection criteria of the first phase, as detailed in the factsheet nº6 of the Sudoe Programme Manual. At the closure, the Joint Secretariat received 357 project proposals. The list of shortlisted projects was published on the 12th July 201, after the decision of the Steering Committee, that met on the 11th of July in Madrid (Spain).

For the admissibility phase without any problem, please consult the checklist available in French, Portuguses and Spanish.